On Christmas Eve, I ran the Frosty 5 Mile race in Hudson. I typically don’t run any races near Christmas, but after a bunch of MCRR members signed up, I decided I would give it a shot. We met up at 6:45am and drove to Hudson, picked up our bibs, stayed warm in the car and watched the 1 Mile race.

The weather was a bit chilly, but it definitely could have been a lot colder, or worse, we could have been running on ice or snow. We decided to run the race as a group and do it as a fun run. We lined up, and shortly after the National Anthem, we were off!

We started from the square and ran up Main Street. This was the first time I’d ever been to Hudson, so I was enjoying the sights of the cute town and all of the older houses decorated for Christmas. We continued up College St. and ran around some more homes. The first mile had a nice gradual incline that didn’t seem as bad in the beginning, but I could feel it the longer we were running.

The first mile seemed to go on forever, but isn’t it always like that in the shorter races? At this point, I was wishing the race was a 5k, and I was a little concerned I was going to struggle with the race. After making our way past Western Reserve Academy we headed over to Hayden Parkway. We kept ourselves busy by talking and I could feel the pace start to pick up a bit. I was still feeling strong, but didn’t want to go out too fast and tire too much towards the end.

We continued along through the housing developments, which reminded me a little of Medina. The next mile and a half were pretty much a blur. Everything looked pretty much the same and there was nothing too exciting. At some point, Mo ran into some friends, so they joined us for a bit.

With two miles to go, I was still feeling pretty good, and trying not to check my Garmin. We headed down Ravenna Street, which was a little more open than the developments. Next, we headed to a park and ran around the two ponds. It was a  nice little break from the streets and even though most trees were without leaves, it was very pretty.

We finished up around the lake, and with just one mile left I started to pick up the pace a bit. We headed back towards the square and were greeted again with the older, beautiful homes. I checked my Garmin with about a half mile to go, and didn’t think I was anywhere close to my PR. So I didn’t push it too hard, but kept up a quicker pace. We had a few turns left but we finally made our last turn and headed into the finish line.

I thought this was a great race! I don’t run too many 5 milers, but this one is definitely on my list for future races. The course was well marked and Western Reserve Racing did a great job of hosting. We really lucked out with weather, which can always be dicy this time of year.

The course was beautiful, especially around the square and through the park. It isn’t too challenging, but there are a few smaller hills. And it turns out, it’s a pretty fast course. After checking my data, I was just 46 seconds off my PR! If I had known that, I would have pushed it a little more. I definitely recommend this race and will be there next year, weather permitting 😉 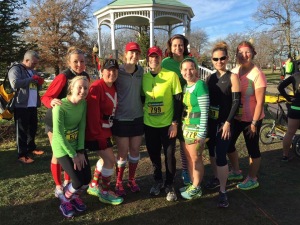 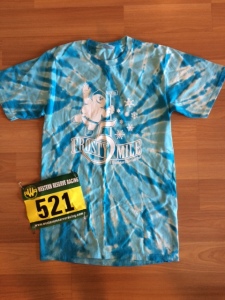